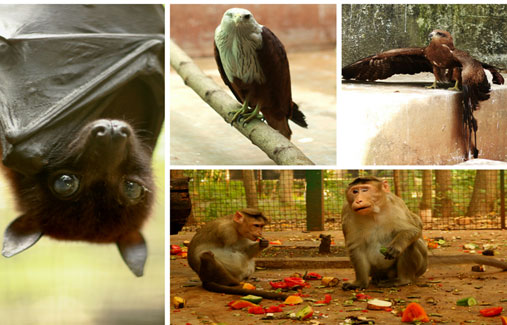 Welcome to our new newsletter! We’ll bring you updates and highlights of the work we are doing, the people involved, upcoming events, and more.

38 were RELEASED back into their natural habitats.

200 calls attended on our helplines.

140 Domestic calls were diverted/ escalated to other organisations.

17 Wildlife calls were given appropriate advice/diverted.

1. The rare Elliot’s Shieldtail, displaced, was rescued from Kengeri.

2. A Night Heron which had suffered a fall in BSK 3rd stage was brought to the hospital and was treated for a Rib fracture.

3. A Juvenile Bonnet Macaque in Yelahanka with a severe wound on its thighs was rescued and it is being treated for the same.

4. Two Cobras, one Crow and one Squirrel were rescued late in the evening by the team.

1. After successful hand-raising of the Barn Owls and an Oriental White Eye which were rescued last month, the fledglings are now moved to a larger enclosure to observe flight.

2. New hammocks were made for the Juvenile Macaques and a nest box is built for Spotted Owlets as a part of rehabilitation.

3. A Spectacled Cobra with a spinal cord injury is given exercise everyday for an hour to improve his movements.

4. Two Spotted Doves and a Red Whiskered Bulbul nestlings are being hand-raised. They are fed once in every 2 hours.

1. 10 Rose Ringed Parakeets fly back to freedom after recovery and successful rehabilitation.

2. The Mottled Wood owl which showed significant improvement in flight went back to the wild.

3. The displaced Elliots Shieldtail was safely released in a suitable habitat after observation at the hospital.

1. On the 5th, an awareness program was conducted at the PfA premise to the residents of Neeladri Princess Apartment. They were spoken to about the diversity of Wildlife in Bangalore and the need for their conservation.

2. On similar lines, children from Poorna Prajna Education Centre and DAV Public school were made aware of the importance of Wildlife. The kids were also a part of a quiz on Urban Wildlife, a sketching competition and took an oath promising to contribute in animal welfare.

Animals in Lifetime Care: We have pledged to provide lifetime care for a few animals that can never be released back into the wild due to physical disabilities and grievous wounds, such as our primates which have lost limbs and eyesight. Lifetime Adoption of these will aid us greatly. PfA currently houses 1 blind Indian Flying Fox, 3 Brahminy Kites, 11 Black Kites(fractures, crippled), 11 Bonnet Macaques(crippled, blind), 1 blind Indian Rat Snake. 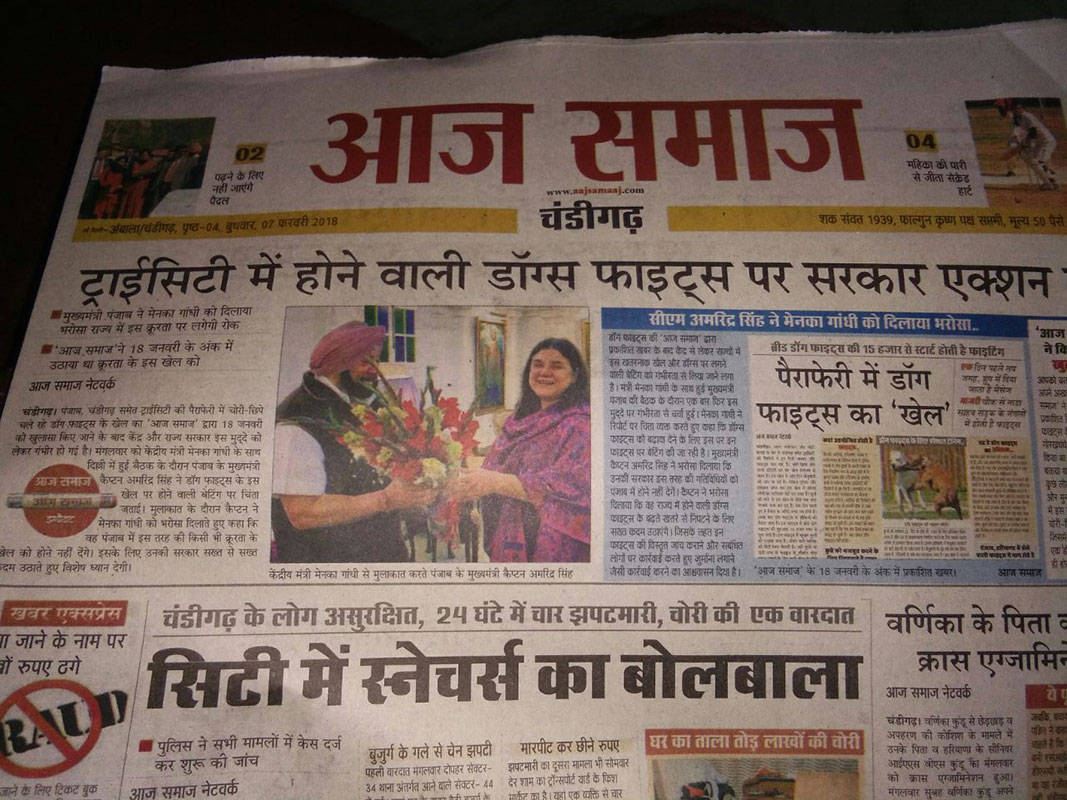 The efforts of banning dog fights in Punjab 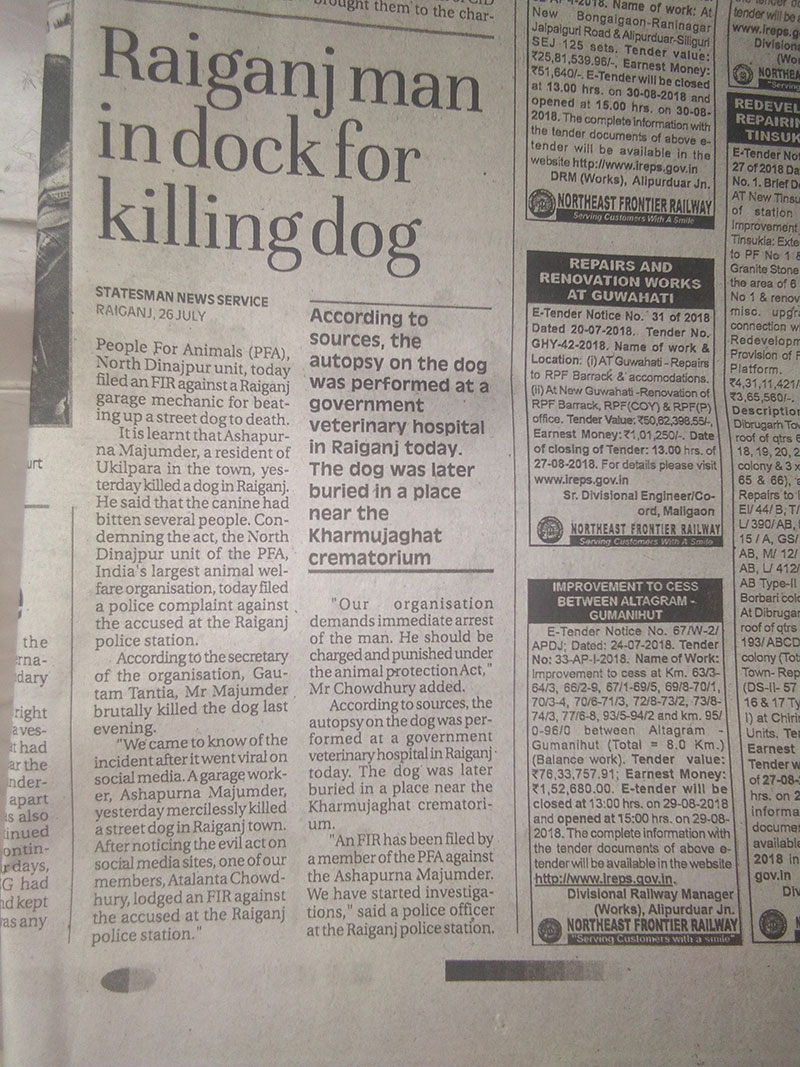 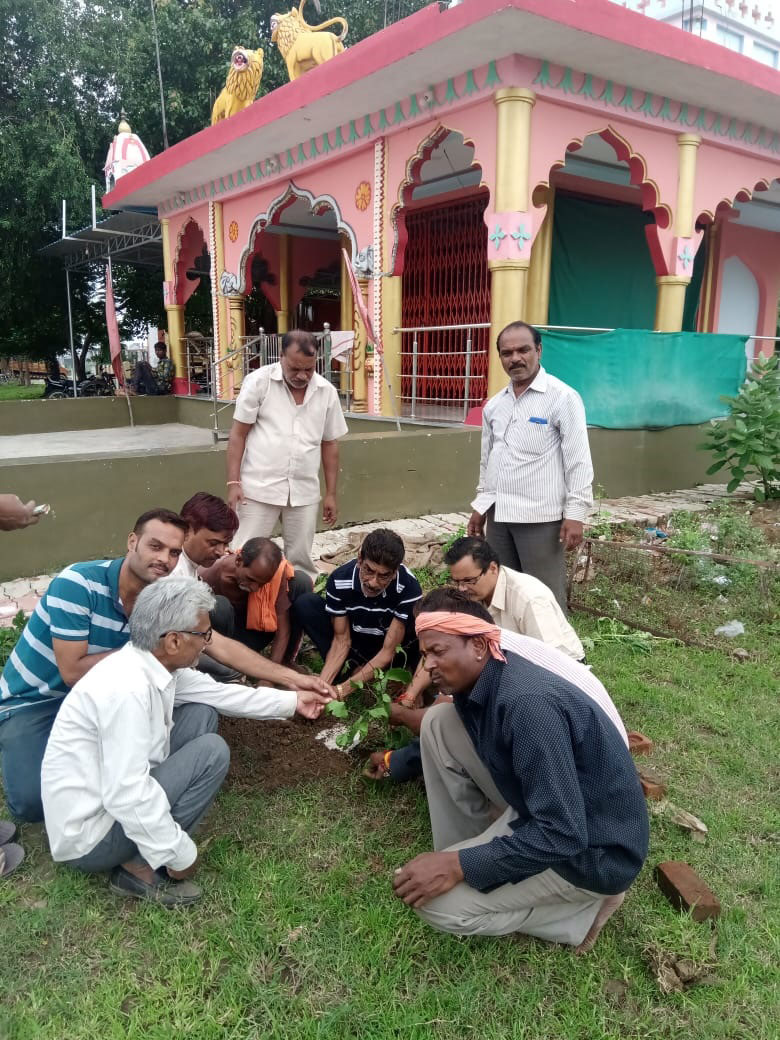 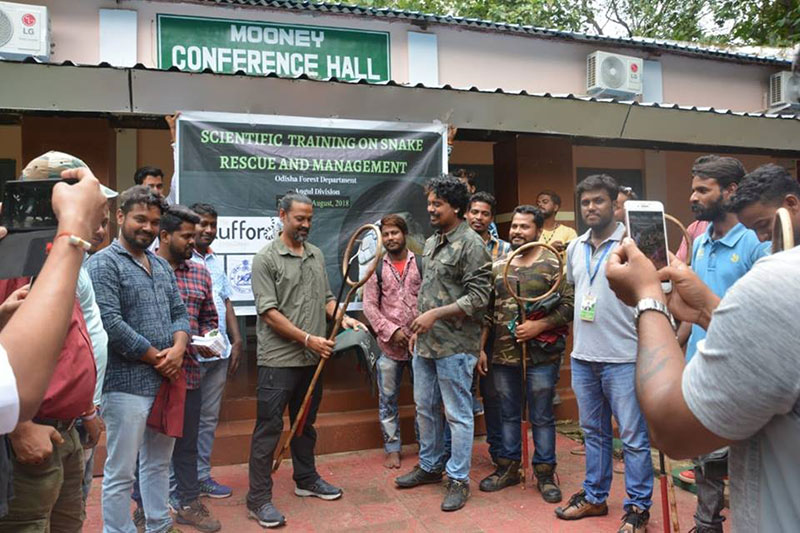 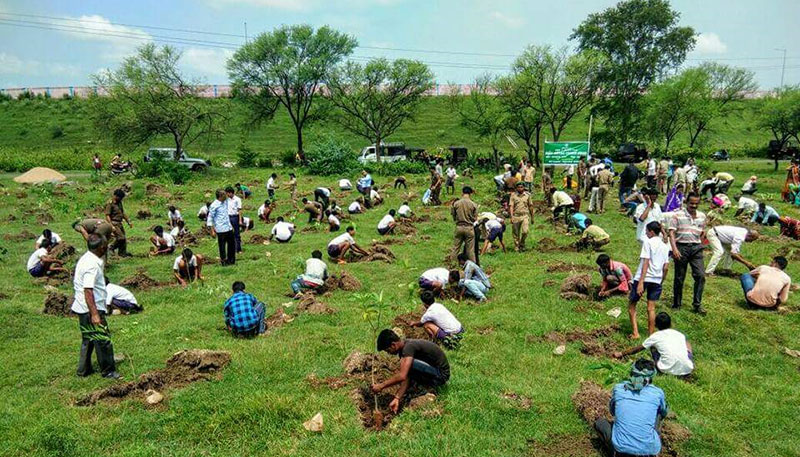 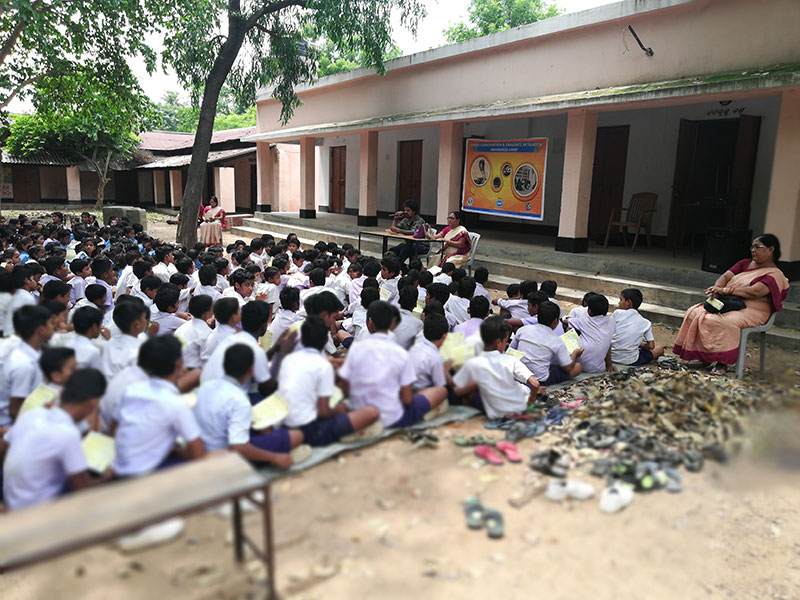 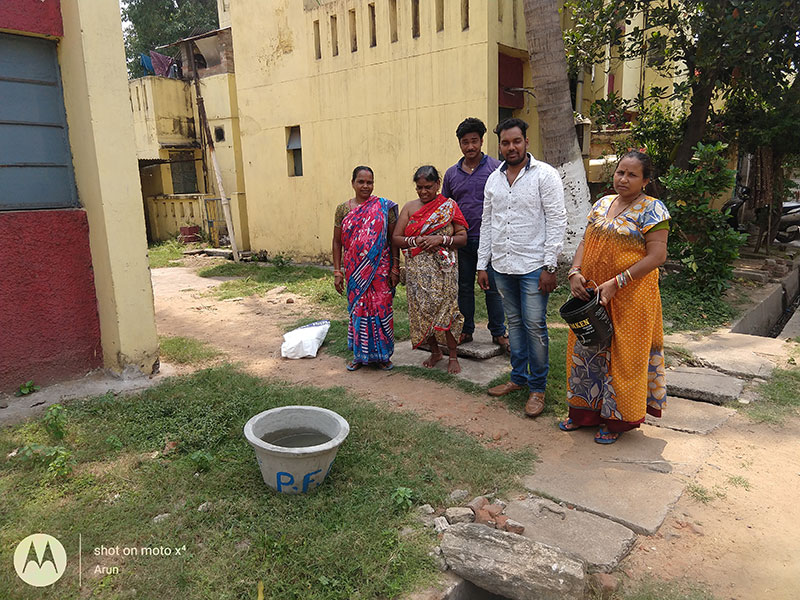 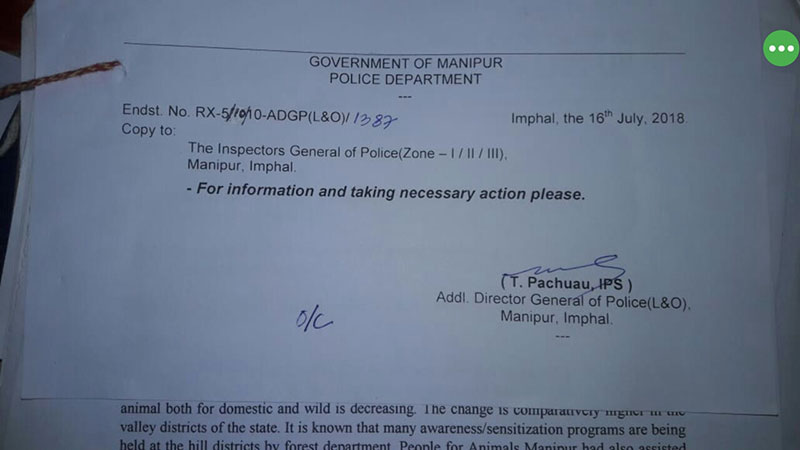 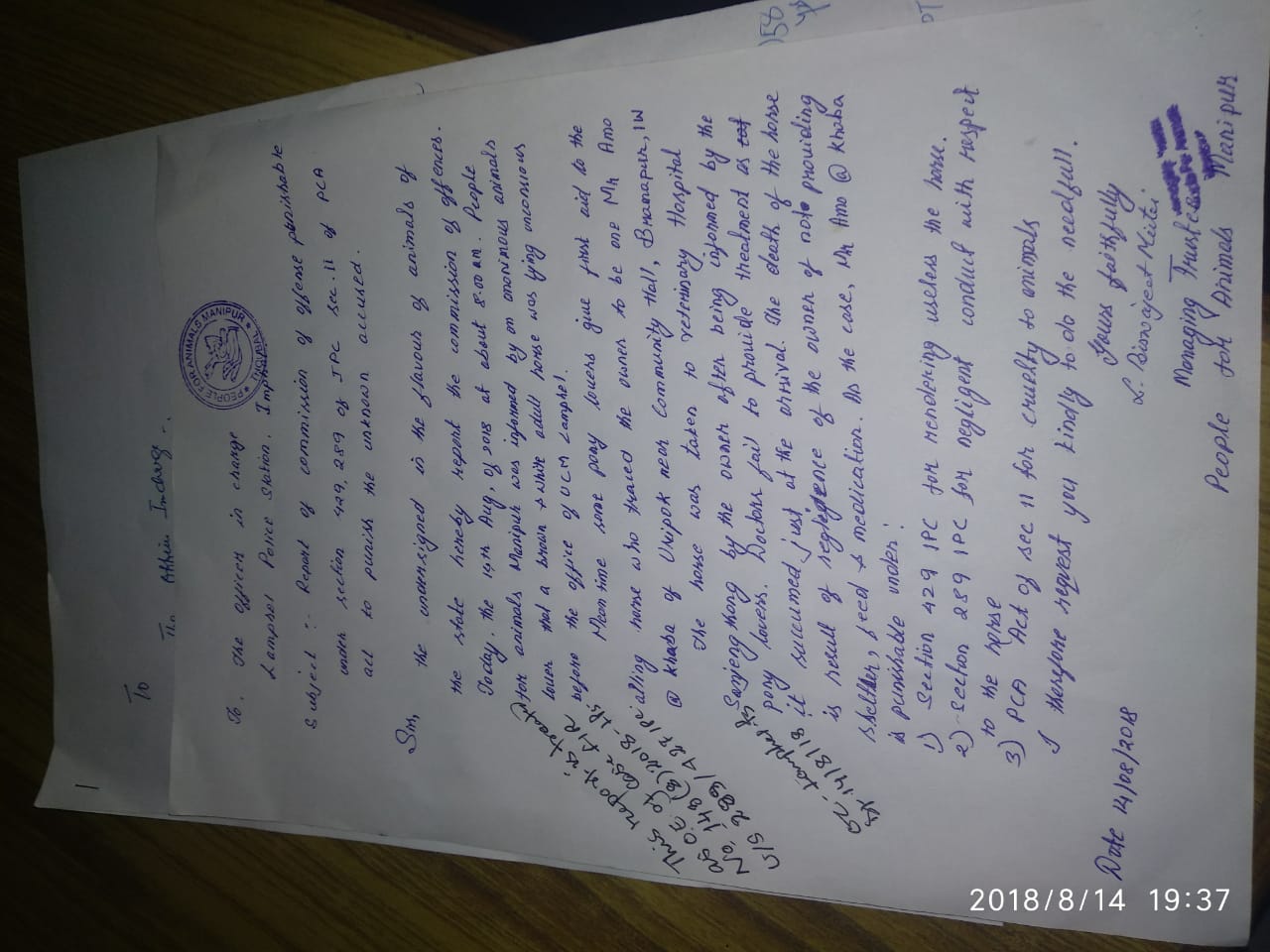